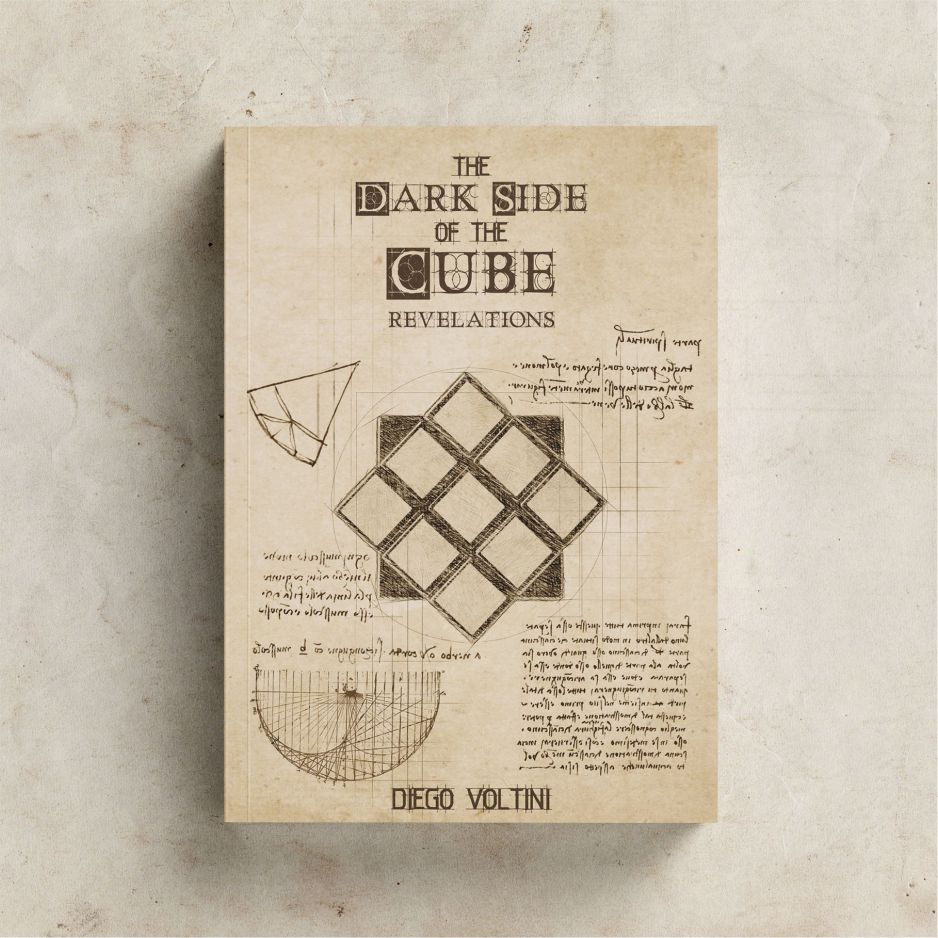 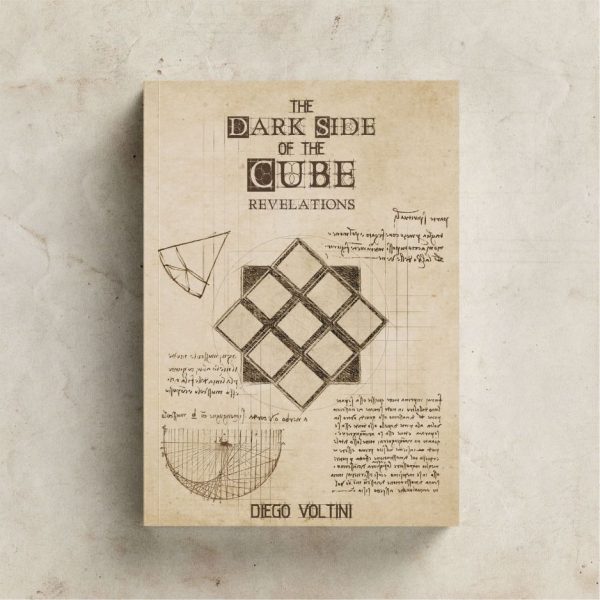 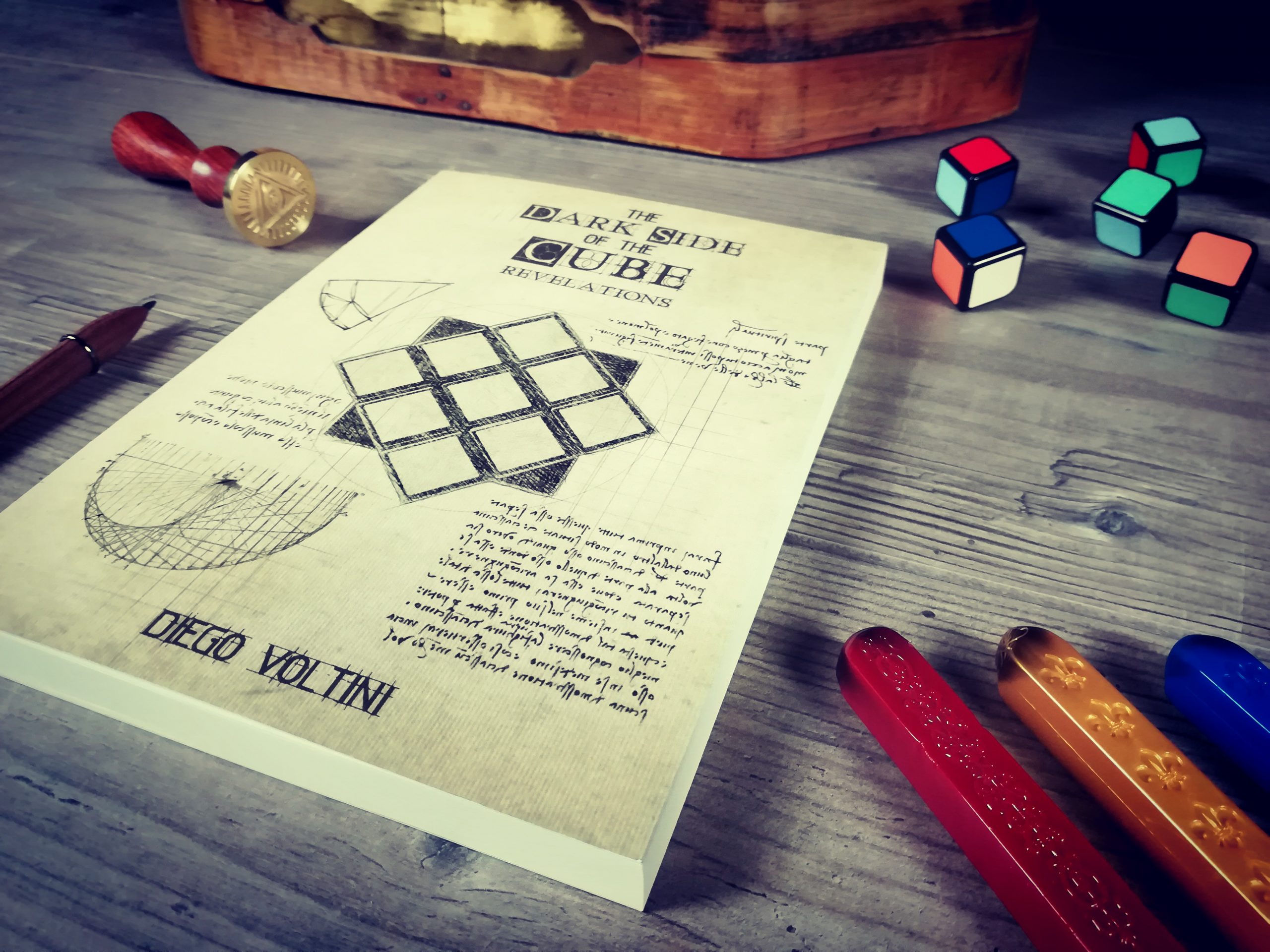 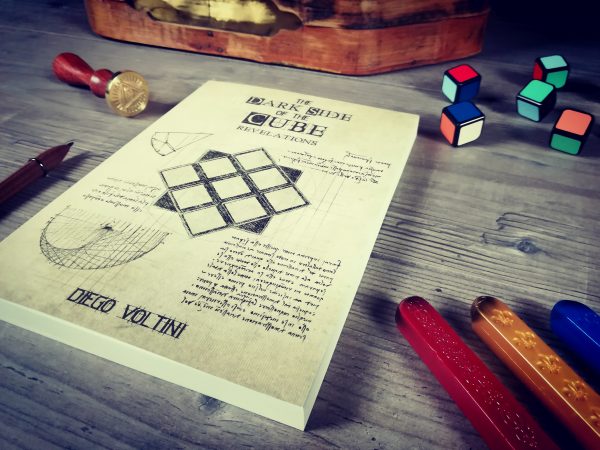 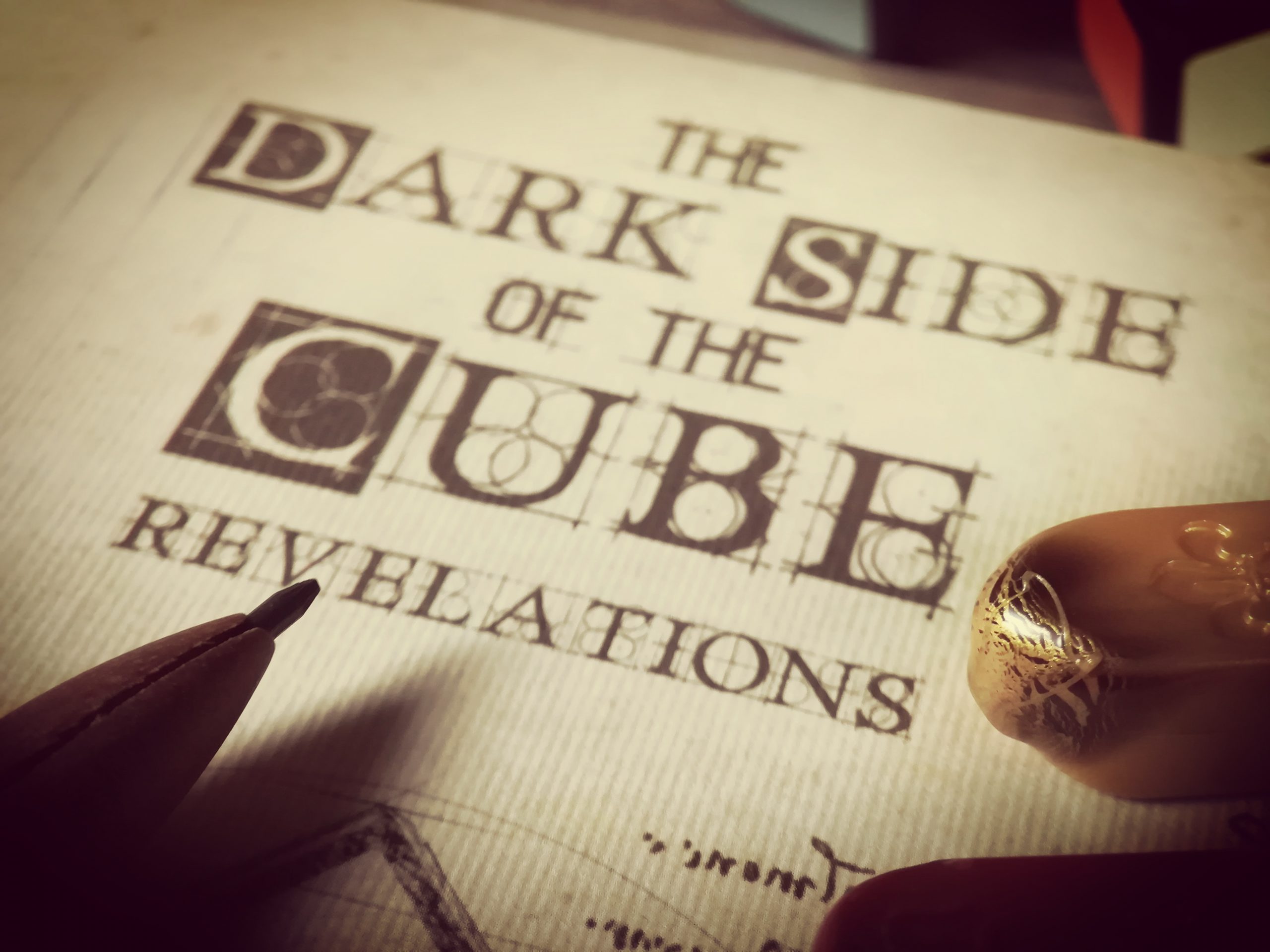 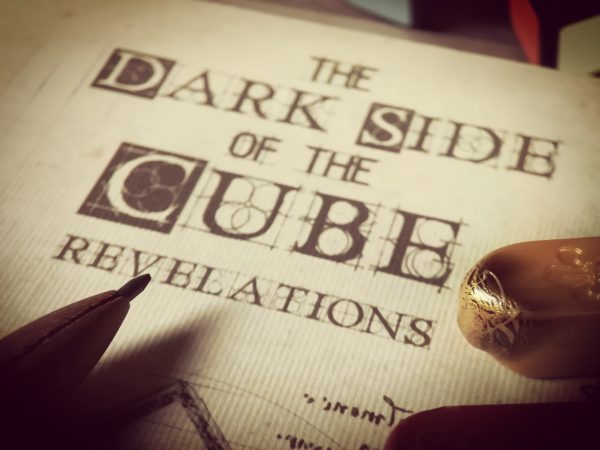 The Dark Side of the Cube – Revelations

A collection of scripted routines for “The Dark Sideo of the Cube” plus new techniques to expand the original concept.

In 2018 Diego Voltini introduced a new concept in Rubik’s cube magic. He created a cube stack which allows you to blind solve any color chosen by a spectator.
If in the first edition Diego provided a basic understanding of The Dark Side of the Cube concept and let your imagination fill in the gaps by adapting method and presentation to your needs, now it’s time to leave nothing untold. In this expanded edition you will find the original method plus variations, applications. theory and combinations with other well known cube routines which make The Dark Side of the Cube one of the most versatile technique with the Rubik’c cube ever invented.

DSC ORIGINAL METHOD: The face matching the color thought by a spectator magically solves by itself.
IMPROMPTU VERSION (new): Solve any face chosen by a spectator with a borrowed cube.
ROLLING SOLVE: Solve one face of the cube seemingly without turning the faces.
KUB: A comedy mental routine where a Rubik’s cube «reads» the spectator’s mind.
CUBOX (new): Rubik’s cube meets Tic-Tac-Toe for a stage-size grand finale.
INSTANT SOLVE PLOT (new): The face matching the color selected by a spectator instantly appears on a scrambled cube.
SYNCRONICITY PLOT (new): A spectator blind solve one face of the cube and it matches the one secretly solved earlier by another member of the audience.
ROTATIONS (new): How to hide one face while rotating the cube in the hands.

Plus many other ideas.